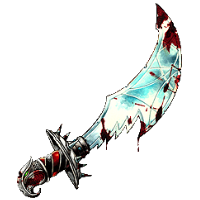 • Faction: Orc Raiders / Orc Khans
• Leader: None
• Racial Composition: Orcs, Goblins, Half-Trolls
• Origin of Faction: Unknown
• Age of Faction: At least 1000 years
• Geographic Control: The northern grasslands and Prieska
• Religion: Eagle gods, some totemic dieties
• Magical Affinity: Very little; some shamanic capability
• Political Loyalty: To themselves, their khan and tribe
When you think of the Orcs, think of the green-skinned hordes boiling out of the grasslands to rape, plunder and pillage whatever gets in their way. Orcs possess a deep cunning and an innate understanding of combat, strategy and tactics. They are not an easy opponent to face, and often turn the tide of battle with their sheer ferocity and rage.

Moving like locusts across the Land, the tribes of Orcs, Goblins and Half-Trolls led by the Orc Khans leaving few intact towns or villages in their wake. Every year for centuries, the green-skinned hordes come screaming out of the northern grasslands (called the Fist) to raid and pillage the more civilized inhabitants of the Land. After a few weeks of fighting, killing, looting and burning, they move on top the next area to continue the destructive cycle. Many times throughout history the Orcs could have conquered and remained in the lowlands, but this was never their goal. After they have killed and plundered their fill, they always retreat to their homelands.

After the massive invasion of Prieska by Kzar Nabar’s war-horde (a kzar being a leader of many tribes), and the eventual collapse of Nabar’s army after his death at the Battle of Rokos, a number of the Orcs that came south decided to remain in their conquered lands. These Orcs, members of the Shadow Khan tribes, broke centuries of Orc tradition, and earned the enmity of those traditionalist Orcs – the Broken Tusk – who believe that all the loot taken from a season of raiding should be returned to the Fist and divided through trial of combat. By avoiding returning to the Fist, the Shadow Khan tribes earn the enmity of their Broken Tusk brethren who see the break of tradition as an evil and despicable act, but yet make for themselves a second Orc homeland along the western edge of the faltering Empire. Each of the tribal leaders, or khans, may choose for themselves whether they side with the Shadow Khans or the Broken Tusk.

Meanwhile, the common view by many non-Orcs is that all of the green-skinned vermin should be cut down as soon as possible, as the chance of Orcs conquering the Land – rather than just pillaging it and running off – signifies a dangerous trend that may destabilize entire civilized regions. It is a peculiar, uncertain time, and the events of the next few years may well shape the course of Orc – and human – culture.

Even though divided internally over this philosophical schism, the clurch drum continues to symbolize the heart of Orc society, and remains prevalent amongst both the Shadow Khans and the Broken Tusk. The drums are more than just musical instruments, as every Orc is raised from birth to understand the rhythmic beating of the clurch drummers. With these hide instruments a master drummer can convey information across great distances, including how many soldiers are coming, and from what direction. They can command Orc troops to attack, stop or retreat with nothing more than a change in rhythm. And after the battle is over, the clurch drummers tell the tales of old in their rumbling, banging language.

434 Tz was a stunning year for the Orcs of the Fist. As a new Orc leader, Kzar Nabar, rose to power after defeating many of the tribal leaders in death challenges, his deal with the Galeshi peoples to provide them scouts and black powder weapons in exchange for swearing to never lead an attack against their people was a monumental event. Led by Galeshi scouts through the Blasted Lands, Kzar Nabar sacked Prieska, nearly toppled the Citadel of Luxor, and even threatened the great Atlantean city of Rokos. As result of his success in attacking the Atlantean homeland, Prophet-Magus Osiras ordered the armies attacking Khamsin to be recalled back to the Atlantean capitol, costing the Empire a final victory over the hated Revolutionaries.

Solonavi Involvement: Kzar Nabar for a time was seen with a Solonavi advisor, but eventually banished the spirit being out of his displeasure with the advisor's meddling. However, shortly after the Orcs began the siege of the city of Rokos, the Solonavi revealed their secret involvement in the city, and slaughtered their one-time pawn at the moment of the Orc's greatest conquest in centuries.

Shadow Khans: While the Orcs of the Fist typically return home after a good season of raiding, the Orcs of the Shadow Khan tribes decided to stay and occupy Prieska. By doing so, and keeping all the spoils and slaves for themselves, they have earned the eternal enmity of the traditional Orcs of the Broken Fist tribes.

Darq's Treachery: News has reached the Orcs that the reanimated Orc hero, Kzar Rabahn, after slaughtering his hated Galeshi enemies, was attacked and slaughtered by the traitorous Darq the Corrupt. As result of this vile plan, the Orcs will destroy any of the Moonborn on sight, and killing the vile traitor Darq is seen as a quest of the greatest honor imaginable for an Orc warrior. 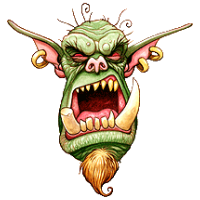 • Subfaction: Broken Tusk
• Leader: Khan Harrowblade
The Broken Tusk are the traditionalists of the Orcs, who look upon the thieving Shadow Khans as ticks to be popped and eaten. After the fall of Kzar Nabar’s army at the Battle of Rokos, the Broken Tusk were prepared to return to the Fist with an unimaginable amount of bounty – bounty that would be battled over in the traditional way, tribe against tribe, with the strong taking their rightful tribute from the weak. But when the Shadow Khans refused to return to the Fist, keeping a sizable portion of the spoils of war for themselves, the act enraged Khan Harrowblade, the leader of the Broken Tusk, to the point that he swore life-oath that he would one day destroy every treacherous Shadow Khan. 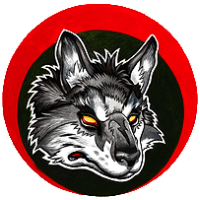 • Subfaction: Shadow Khans
• Leader: Khan Rava
In all the known history of the Orcs, there has never been a greater season of raiding than in 434 Tz, when Kzar Nabar led the war-hordes of the Fist into the underbelly of the Empire. When Kzar Nabar was killed during the Battle of Rokos, and the Orc armies threatened to scatter to the four winds, Khan Rava and the leaders of the Shadow Khan tribes held a gathering long into the night. In the end, they decided, going against all tradition, to stay and control the occupied territories and make Prieska into their own homeland. By not returning to the Fist and sharing (or losing) their spoils to the traditionally stronger Broken Tusk tribes, they would be able to reap the spoils, raise whole broods of strong-limbed children, and have lives away from the heavy-handed dominance of the Broken Tusk tribes. While this strategy is dangerous, the mass of human slaves and goods taken during the raids throughout Prieska allows the Shadow Khans food, treasure and numbers of slaves they’ve never dreamed of – all of which they never have to share with the Broken Tusk or the other Orc tribes of the Fist. Whether their daring plan will work is yet to be seen, but for one summer at least, the Shadow Khans will live like kings. 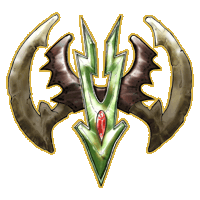 • Subfaction: Chaos Shamans
• Leader: Bloodhawk
As orcs faced increasingly formidable magestone-powered magics and weapons, some started destroying the magestones they found. While crushing magestones, the orc sorcerer Bloodhawk accidentally inhaled some of the dust that hung in the air and felt his blood burn with magical power. When Bloodhawk shared the secret with his people, the orcs discovered that those without the talent for magic were driven mad by the magestone dust– and even orc sorcerers using it teetered on the brink of insanity. Yet the rush of power that allows them to cast ever more powerful spells is an addiction that has driven Bloodhawk and his Chaos Shamans to follow the cause of those khans who will reward their service with the magestones they consume to sate their unending appetite.