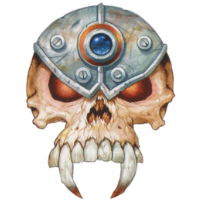 • Faction: Necropolis Sect / Dark Crusaders
• Leader: The Dark Prophet
• Racial Composition: Sect Elves, some humans
• Origin of Faction: Founded in 279 Tz
• Age of Faction: Roughly 150 years
• Geographic Control: The northeastern areas of the Land
• Religion: Worship of Dark Tezla, the Blood Goddess
• Magical Affinity: Necromancy, Spirit-Binding, Vampirism
• Political Loyalty: Dark Tezla, the Dark Prophet, personal power
When you think of the Dark Crusade, think of sexy vampire cults and the temptations of immortality. The thick taste of blood, the cold flesh of the dead, and the cries of the weak being gutted before a roaring crowd best describe life within the fire-lit halls of the Necropolis. In time, if one performs well enough within the course of the inquisitional Dark Crusade, one might be lucky enough to be made into an immortal vampire, or become a Necromancer trained to animate to control the restless dead.

After Grand-Magus Tezla’s transcarnation in 278 Tz, Elven practitioners of Necromancy—death magic—departed Atlantis with the Tezla's soul safe in a Bone Golem Avatar. They traveled to the northeastern mountains with their precious cargo to construct the Necropolis, a sprawling complex of tombs, towers and catacombs on an island hidden away within a vast mountain lake. There, under Dark Tezla's direction, the Necromancers created a meritocracy where excellence in the blood pits, bedrooms and political arenas was rewarded with dark, seductive gifts: the immortality of vampirism and the power to raise and command the dead.

Under Dark Tezla’s guidance, as voiced by his chosen leader, Dark Prophet Soma, the Dark Crusaders are moving to take advantage of the chaos spreading throughout the Land. After years of planning, preparation and decisive strikes, the time has come for the first major campaign of the Dark Crusade. Tens of thousands of warriors, vampires, necromancers and an uncountable number of skeletons and zombies poured into Elemental League territory during the summer of 434 Tz, quickly overrunning the region’s defenders. Although the Forest Elves avoided extermination by retreating within the walls of the castle of Roanne Valle, the bloody onslaught has left the beautiful forests and grasslands of the Wylden in control of the Dark Crusade. All the while Dark Tezla, whispering his desires to the Deathspeakers that lead the Sect, plans the destruction of the imposter Tezlas and the fools who follow their heretical lies.

While the warriors loyal to the Crusaders have always had a dark flavor, this first major battle of the Dark Crusade has driven the Sect Elves into a bloody frenzy. Never before has there been such a chance to prove one’s merits in battle, or to arrange for the elimination of rivals in the heat of combat. Even as the Dark Crusade pushes its warriors to the limit, a near-religious fury has gripped the entirety of the Necropolis’ armies, from the all-seeing Deathspeakers that command the fray down to the lowliest battle-hardened Deathsinger fresh from the blood-pits. With the League seemingly on its last legs, it is only a matter of time before the Crusade turns west – towards the Empire and the Revolution – and engages enemies unprepared to face the wrath of Dark Tezla’s unstoppable armies.

With the largest attack in the history of the Dark Crusade, the armies of the Necropolis are gleefully burning and pillaging the Wylden territories, slaughtering Forest Elves and their forest-allies wherever they can catch them. While the Dark Elves have long fought against their enemies, the ascendance of Deathspeaker Aeradon's powerbase within the Necropolis gives him the ability to order and control a full-scale assault upon the hated Elementals!

Kossak's Fall: With one of the key Elemental leaders not just falling under the psychic control of Darq the Corrupt, but becoming a full vampire-lord under the control of the Order of Vladd, the Crusaders bear a champion of darkness strong enough to tear apart any warrior the Elementals dare send against him.

Vampire Civil War: With Deathspeaker Aeradon's warriors winning the Vampire Civil War, Aeradon now holds a level of power in the Necropolis unmatched by any other Necromancer in the history of the Crusade.

Prince Darq: As Darq the Corrupt masterminded the destruction of the Galeshi Ringed Cities – through the use of a resurrected Orc champion named Kzar Rabahan – he now rules the western deserts in the name of the Dark Crusade. As result, his army of Galeshi vampire-warriors – the Moonborn – stand as a threat to both Empire, Revolutionary and Shadow Khan holdings in the western half of the Land. 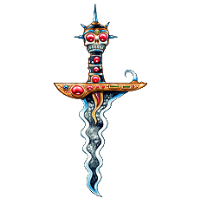 • Subfaction: Deathspeakers
• Leader: Deathspeaker Aeradon
Deathspeaker Aeradon, one of the most powerful Necromancers in the Dark Crusaders, commands his armies of Vampire Generals to dominate the Land in Dark Tezla's name. While Darg the Corrupt, Kossak Darkbringer, and the Order of Vladd are loyal to Aeradon by word, with Kossak's near victory over the Elementals at Roanne Valle, will Aeradon soon be forced to defend himself against power-plays by the generals of his own vampiric armies? 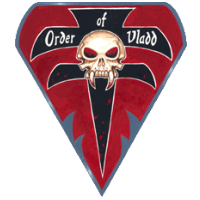 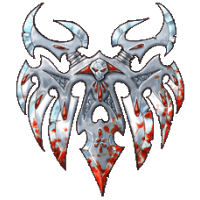 • Subfaction: Blood Cultists
• Leader: Bloody Amara
Unlike the rest of the Dark Crusade, who long to pass over the boundary of life to embrace eternal undeath, the blood cultists cling to life for as long as possible by stealing the life force of others. Long answering to the powerful necromancers of the deathspeakers, the followers of the blood goddess have now uncovered lost secrets of their ancient faith allowing them to awaken the legendary Bloody Amara. With the support of his power and powerful spells of their own, the blood cultists are finally becoming a power in their own right– and may soon answer only to themselves.