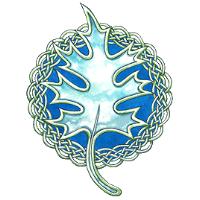 • Faction: Elemental League / Elemental Freeholds
• Leader: Prophet-Priest Tremelen
• Racial Composition: Elves, Trolls, Centaurs, Faerie creatures
• Origin of Faction: Founded in 279 Tz at Roanna Valle
• Age of Faction: Roughly 150 years
• Geographic Control: The fortresses of Roanna Vale and Stonekeep
• Religion: Worship of Nature, reverence of the Spirit of Tezla
• Magical Affinity: Healing, protection, the fury of nature
• Political Loyalty: The Spirit of Tezla, the Land
The Freeholders stand as a bonded force of Elven, Centaur, Troll and Faerie eco-warriors armed with the powers of nature, the elements, and the fury of the storm unleashed. By the will of the Spirit of Tezla, they will triumph over all that stand before them.

Throughout the long history of the races loyal to the Elemental cause, never before has the Trolls, Elves, Centaurs and Faeries suffered such a time of darkness. With the forces of the Dark Crusade setting up siege camp outside the Elemental castle of Roanne Valle, many outsiders believe it is only a matter of time before the Necromancers deliver the final blow to the defenders of the Land.

For more than a hundred and fifty years, the warriors, mages, priests and priestesses of the Elemental League stood devoted to protecting the Land from those who would pollute or destroy it. However, with the massive invasion of the Elemental homeland in 434 Tz, and the hasty recall of all the Forest Elves back to the capitol castle of Roanne Valle, there is a great deal of dissent in the Elemental ranks. While the Forest Elves, loyal to the Spirit of Tezla and devoted to his every command, quickly marched back to serve the wishes of the Circle of Nine, many of the non-elven races took great offense at these actions. For the Forest Elves to retreat and hide within a stone coffin during a time when the forests of the Wylden are filled with torch-wielding invaders is viewed as an act of treachery by Centaurs, Trolls, and Faeries of the Wylden. But as many Forest Elves believe that the Spirit of Tezla ordered the castle built more than a hundred and fifty years ago to weather this very attack, there is little dissent within the Elemental capitol of Roanne Valle. Every day, even when faced with the seemingly endless tide of the Crusader siege armies setting up camp outside the main walls, many of the defenders of Roanne Valle are bolstered by a growing sense of faith that Tezla will allow them to persevere through the destruction and chaos that will arise in the months to come.

Provided that the Elementals survive this great attack, they will re-establish their place as the defenders of the Land, and fight any force that would pollute, destroy, or use the Land selfishly for their own means. By calling upon the forces of nature, the druids and priestesses of the Elemental Freeholds will stand against all odds. They still have an unknown number of Dragons under their control, and are likely waiting for the right time to unleash the fury of flame and claw against an evil enemy that needs to be purged from the Land without mercy.

The massive push of Dark Crusaders into the Elemental territories may spell the end for the League. While the castles of Roanne Valle and Stonekeep remain unbreached, virtually every other key location in the Wylden woods is either threatened or conquered by forces loyal to the Dark Crusade.

The Recall: When the Crusaders began savaging their way into Elemental territory, attacking from the north and the west, Prophet-Priest Tremelen, under the orders of the Spirit of Tezla, gave the orders for all loyal Elemental warriors to recall to Roanne Valle – as all-knowing Tezla himself ordered the castle built more than 150 years ago for this very purpose. While many of the Forest Elves obediently headed to the castle, the Trolls, Centaurs and Faeries were outraged at the Forest Elves' cowardice, and vowed to fight for the Land rather than hide in a stone box with the rest of the fools.

Victory at Stonekeep: As the Elemental forces managed to hold off against a deadly High Elven attack on the border fortress of Stonekeep, their valor and battle skills earned the Elementals a second fortress apart from Roanne Valle. However, in the months since the recall order, few of the soldiers in Stonekeep have honored the order, and believe they can better serve the Land by conducting strike attacks from their current protected base, rather than just sitting back and letting the Land burn.

Vampire Civil War: Deathspeaker Aeradon's victory in the Vampire Civil War paved the way for the attack against the Elementals. If Deathspeaker Spider and the Order of Uhlrik had won the bloody struggle in the Necropolis, then the Necromancers would be following a more subtle strategy rather than a plan of all-out conquest. 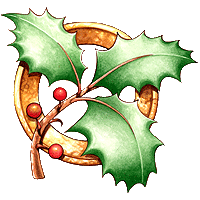 • Subfaction: Wylden Host
• Leader: Unknown
The Wylden Host stands to defend the Land against any foe, and are prepared to turn swords against their own brethren if the cause is just.

The Wylden Host is made up of Elven, Troll, Centaur and Faerie renegades who have turned against the will of the Spirit of Tezla, and no longer follow orders from Prophet-Priest Tremelen or the leaders of the Elemental Freeholds. They believe that Tezla's order to recall the Elemental armies back to Roanne Valle was foolish, and that leaving the forests and meadows of the Wylden open to rape and destruction by the Crusader forces is an unforgivable sin. While many of the members of the fervent Wylden Host do not wish ill upon their one-time allies, each and every one of these warriors has sworn a blood-oath to defend the Land at any cost, even if it means standing against the will of the Spirit of Tezla.

Following the initial wave of the Dark Crusader assault into the Wylden, the eruption of the Wylden Host subfaction has brought about the flavor of civil war amongst the Elementals. While for more than a century Trolls and Elves have bickered about the proper way to defend the Land, the creation of the Wylden Host goes against the grain of the laws of battle passed down by the Spirit of Tezla, and introduces a rogue strain of warriors that threatens to bisect an already divided culture. While only a small percentage of all Elementals belong to the Wylden Host, within Roanne Valle many non-Elven warriors are having to carefully watch their words for fear of being labeled as a member of this radical subfaction. At the same time, members of the Wylden Host are being praised by the Circle of Nine for their precise and devastating attacks against the Crusader armies, while being snubbed privately as being deserters disloyal to the Spirit of Tezla and the "true" fight for the Land.

The Stonekeep fortress located to the north of the Wylden Plateau – the only other major center of Elemental activity remaining after the initial Crusader siege – is filled with warriors who disobeyed the recall order, and believe that they can best fight for the Land by engaging the Necromancers directly, rather than cowering behind the walls of Roanne Valle. While they would happily do whatever they could to free their kin from the Crusader trap, the extremes that they will go to in order to claim victory would make most Freeholder warriors blanch with horror. 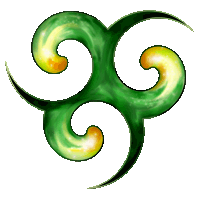 • Subfaction: Storm Druids
• Leader: High Priestess Kess
Following the capture of the Wylden Forest and the siege of Sanctuary by the Dark Crusade, there are many among the Elemental Freeholds who fear that the Elemental cause teeters on the brink of destruction. Though they still support the Spirit of Tezla and the Circle in Exile, the Storm Druids share the anger of the Wylden Host at those who have ravaged their homeland. Focusing their rage into growing magical power, Storm Druids can be found both protecting the leadership of the Freeholds and accompanying those who go into the Wylden to retake it from its conquerors.