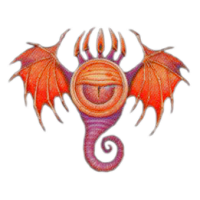 • Faction: Mage Spawn
• Leader: Unknown
• Racial Composition: All Races
• Origin of Faction: Ancient, unknown origins
• Age of Faction: Thousands of years
• Geographic Control: Throughout the Land
• Religion: Superstition and Primal Totemism
• Magical Affinity: Some have powers to rival the best wizards
• Political Loyalty: To themselves
“Creatures of legend and sorcery, remnants of a blighted time when devils and gods roamed the Land. Uncountable and undefinable, Mage Spawn pose a threat to everyone they encounter. Whether they walk, run, fly or slither, they are all the same: they are monsters.”

Like madmen escaped from an asylum, wraiths, werewolves, toothy imps and winged devils wander the landscape mindlessly, poisoned by toxic Magestone radiation. Their origins are a mystery: were they intentionally created by sorcery, or accidentally mutated by constant exposure to Magestone? Strong and deadly, most Mage Spawn are barely capable of sentient thought. They are, however, easy prey for a powerful mage who needs warriors for combat. To the empathic Shyft, the Mage Spawn are much more: they are biddable pawns in a play for power that could turn the tide in the current conflict. 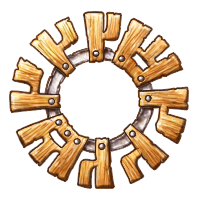 • Subfaction: Order of the Ninth Circle
• Leader: In dispute
Tired of being catspaws and slaves, the more intelligent among the Mage Spawn have decided that from now on they will answer only to themselves. Calling themselves the Order of the Ninth Circle, it’s unclear how the creatures came up with the name or the sigil they use to mark themselves. But for those who can find them and are willing to pay their price, the Order of the Ninth Circle will provide mercenary soldiers to any cause. One of the tenets of the Order is that no one creature is master over the others, yet there are two who are most commonly leading the Order into battle– the troll sorcerer Maren’kar and the Krugg headhunter known as Molog Bloodaxe. The hatred between the two goes far beyond the age-old enmity between their races, and it remains to be seen if the order of Mage Spawn won’t self-destruct long before it can hope to become as influential as the factions it serves.